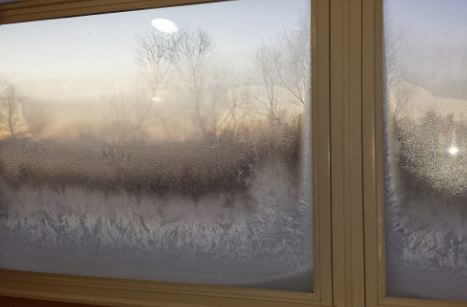 Double glazing of windows has been around for many, many decades; the idea is even older than I am!  Originally, windows were a single piece of glass that worked well to let in light and keep out the wind, but needed improvement to keep in heat over our colder winter months.  Then, some wise person discovered that a second window could be mounted on the outside of the primary window to help keep warmer air inside the home.  This secondary glazing is called the ‘Storm Window’ and the interior glazing is called the ‘Prime Window’.  For many years this was the state-of -the-art in window insulation technology, and each fall homeowners in the colder parts of our country would take their storm windows out of summer storage and mount them back in place for the winter.  The placement of these storm windows certainly helped make a home more comfortable, although there were several shortcomings with this system.

Time past and technology progressed, as it seems to continue to do.  The next major improvement was to manufacture Prime windows that already had two layers of glass, ideally sealed together with a space between them to act as an insulating ‘dead air space’.  This is called a ‘Sealed Unit’ and came into wide use in our market area about 30 or 40 years ago.  The concept gained in popularity and eventually made it into the building code as a requirement for windows because of the obvious energy saving and comfort properties it demonstrated.  A few years after this technology first appeared homeowners were presented with an unexpected feature in some of their windows:  moisture trapped between the two sheets of glass.  This moisture made the windows look dirty all the time and often so foggy that one couldn’t see through them.  The problem is caused by a failure of the sealant that holds the two layers of glass together around their spacer bar, and moist air leaks into the unit fogging up the cavity.  Very unsightly.  It is a popular misconception that the space between these two pieces of glass is a vacuum, but it is actually filled with air that has had the moisture removed.  If the seal fails the dry air leaks out and is replaced by new air that has moisture in it, and this moisture condenses on the glass.  We have all seen this at some time in a window.

So, what to do if you are the owner of one of these foggy windows?  Basically, you have 3 options:  live with it, replace the complete window, or just replace the sealed glass unit.  We receive several calls from homeowners who have this problem, mostly in older metal framed windows.  In years past we would ask if the failed unit was the only issue with their windows, and if so they may want to just have a glass company change the sealed unit.  More recently we have altered our philosophy about this problem however; because window technology has advanced so far in the past decade that just changing the glass component is generally throwing good money after bad.  Kind of like putting a new transmission in an old gas guzzling car…the car might continue to run for a few more years, but not nearly as efficiently as a newer model.  Changing sealed units may make sense if you are planning to move in the near future, or the cost of changing the window is simply not affordable.  If the foggy window doesn’t bother you because it is somewhere out of normal sight you could perhaps just live with it as is.  The insulation value is not dramatically impacted by the failure of the seal, just the appearance.

Information that is important to keep in mind is that most newer windows are not filled with air at all, but generally have Argon Gas in the cavity.  Almost all glass in new windows for the past several years has a thin metallic coating and is referred to as LOW E glass.  If you are considering having a sealed unit replaced you need to ensure that you don’t take out LOW E with Argon and install regular double glass with plain old air.

Sealed unit manufacturing, sealant products, and spacer bar systems have continued to improve greatly over the years.  So much so, that all of our windows have a Lifetime Warranty against seal failure.

I hope you are less foggy now and prepared to give your seal of approval to this article.  If you have a foggy glass window call us for a free in-home consultation!