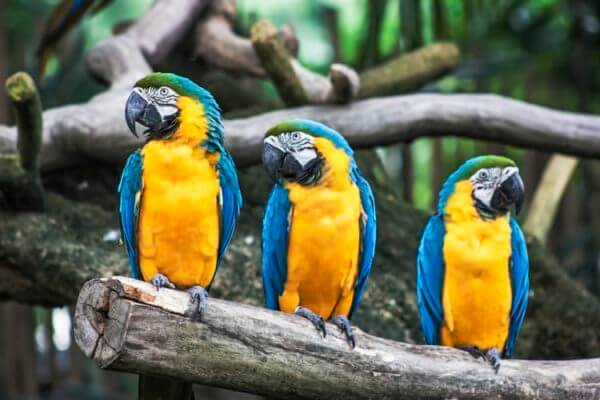 Long Life began in September, 1989; as a partnership of two home improvement professionals who pooled their complimentary talents and put into practice the best lessons they had learned in their years working for larger companies in this industry.  We have managed to continue to do this successfully for thousands of homeowners over the past 25 years.

In this article, I thought I would share a few of the more unusual circumstances our crews have encountered along the way.  These memorable experiences came about because of the amazing personalities of our installation professionals and their abilities to deal with issues as they arise, while still getting the job done.

Our foreman with the longest history as part of the Long Life team is Rick.  He started as a crew helper shortly after we opened our doors, and has been foreman of his own crew now for about 20 years.  Rick loves animals, and called me one evening several years ago after he had been to a house in Burnaby to take accurate measurements of the windows to be replaced.  It was fall, so dark out when he got to the door and rang the bell.  ‘Come in’ said a high pitched voice in answer to his ring, so he tried the door but it was locked.  He rang again and ‘come in’ was the reply from just on the other side of the door.  Again, the door wouldn’t open when he tried the knob.  Rick is a patient guy, but it was late and after a long day he didn’t need this, so he knocked rather loudly and looked through the peep hole to see who was on the inside.  He heard the now familiar ‘come in’ again, and as he looked for the source his eye was drawn down to movement on the floor where he could see a small grey parrot with a bright red tail tilting its head and looking up at him.  Pepe’s owner arrived, opened the door and properly introduced Rick to his pet.  Pepe could imitate virtually any sound, and when Rick was back installing the windows I stopped by the job to see how things were going.  As he drilled a hole for a screw his drill went ‘whirr, whirr’; then Pepe echoed ‘whirr, whirr’.  For 2 days Pepe made every sound Rick and his crew made until they put him in his cage with a blanket overtop so he would shut up!

At a different job in Surrey a couple of years later, Rick was installing new windows and a front door.  The owner had two nice brass knockers to be mounted on the new door.  One near the top for human visitors, and one near the bottom for their dog Reno, who was trained to knock when he wanted to come into the house.

Several times over the years other animals have not been as friendly to our crews.  One time I was on site when the guys were working up high on planks and disturbed the exterior siding in order to remove an old window.  All was going as planned until they discovered a wasp colony that were residents inside the wall cavity and didn’t really want any renovations.  They came out of their nest in a swarm and chased the unsuspecting workers along their skinny plank and down the ladders running for cover.  Wasp spray has since become a critical accessory in our crew tool kits.

Sometimes human error will add some unexpected excitement to the day.  Safety is a big deal for all of us, but we have had a couple of mishaps that are somewhat humorous in hindsight.  Like the time a helper inadvertently placed a can of expanding foam insulation on an electric stove without realizing it was turned on.  The crew were in a different room when the can exploded, so no injuries; other than the helper’s damaged eardrums when the foreman was finished explaining why this wasn’t acceptable.  It took over a day for the poor helper to eventually clean the foam from all surfaces in the room.

About 10 years ago a new feature on all of our windows was the addition of a clear plastic film that is applied to both surfaces of the glass to keep it clean until after the windows are completely installed.  When this film is removed, it simply peels off as it is held in place primarily by static electricity.  Our crews learned quickly that this static can deliver quite a shock so they are usually aware of what they are touching.  A few months after we started using this product we were doing a job in Vancouver on a nice sunny day and had just finished installing opening casement windows in the home’s library.  In those days we often used a product called acetone to clean around the frames and remove any finger prints, etc.  Acetone is a great cleaner, but very flammable, and the person who was doing the cleaning had a rag that was soaked with this stuff in one hand while he removed the plastic film with the other.  He had the presence of mind to toss the now flaming rag through the open window after it had exploded into flames ignited by the large spark.  His hand was tender for a few days and he didn’t need to trim his eyebrows for months.  Luckily, he was already bald.

The real high point memories for me are the amazing things our men choose to do that go beyond being a great tradesman.  Our foreman Josh was doing a project last year for a woman who had recently lost her husband, and he noticed that her front gate was falling apart when going in and out to his truck.  Without saying anything to her, he took it upon himself to pick up the necessary lumber and rebuild the gate prior to finishing and leaving for the next job.  We received a letter that would bring tears to your eyes from this grateful customer.  Our foreman Bernard had a similar experience when working on a home for two older ladies in Coquitlam, and he built them a beautiful bench seat for their new window as only a gifted finishing carpenter can.

These are a few of the stories that make it so rewarding to be part of a business that understands that people do count.  All people count, our staff, our tradesmen, and especially our customers.  We got it, long before it was trendy to say ‘we get it’.